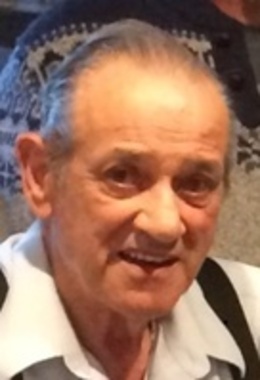 Back to Charles's story

Sanbornville, NH - Charles Arnold Martin, 79, died April 14, 2019 at his home in Sanbornville, NH after a long illness. He was born February 20, 1940 in Haverhill.
He did many things in his lifetime. At age 18, he was the youngest man ever to pass the tests and receive certification for Navy stainless steel welding and is in the Naval history books to prove it. A welder, a builder, a salesman, he excelled at all he endeavoured to do.
He was predeceased by his daughter Leisa Irene Martin lifespan 1961-1964, his son, Edward Alfred Martin lifespan 1963-2016.
He is survived by his wife of almost 60 years, Rita (Nason) Martin, his son who was born in 1965, Scott Arnold Martin and his wife, Jeannie, and their son born 2002, Walker Martin, and many nieces and nephews.
A celebration of his life will be held on Saturday, May 25, 2019 from 2 to 6 p.m. at the Kingston VFW, 1088 NH-125, Kingston, NH 03848.
www.brewittfuneralhome.com.
Published on April 25, 2019
To plant a tree in memory of Charles A. Martin, please visit Tribute Store.

Plant a tree in memory
of Charles

A place to share condolences and memories.
The guestbook expires on July 23, 2019.

Restore the guestbook to view the 3 more posts by family and friends, and share a memory or message of condolence of your own.