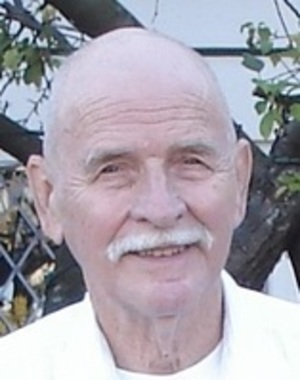 Back to Clyde's story

South Hampton, NH - Clyde D. Reid, 88, died at his home on February 7, 2019.
He was born on August 9, 1930 in Haverhill, NH, the son of the late Rupert Reid and Cora (Fortier) White.
Clyde was a Korean War Veteran who served in the United States Army. A resident of South Hampton, NH for over 50 years, he was retired from Gould Shawmut in Newburyport, MA following over 30 years of employment. He was predeceased by his wife Velma J. (Haynes) Reid who passed away in 2014. Clyde spent his time working outside in the yard and loved watching the birds eat from his many bird feeders.

He is survived by his daughter Pamela Eaton and boyfriend Bob Beals of Danville, NH; his son Douglas and wife Kim Reid of Raymond, NH; his daughter Shirley Reid of South Hampton, NH; his sister Patricia Paul and her husband Sonny of East Kingston, NH; four grandchildren, Cheryl and Marc Welch, and Kristen and Joshua Reid; and several nieces and nephews.
Services will be announced in the spring. Brewitt Funeral Service, 14 Pine St., Exeter, NH is handling the arrangements.
In lieu of flowers, donations may be made in his memory to the NH SPCA, PO Box 196, Stratham, NH 03885-0196. For more information, please visit brewittfuneralhome.com.
Published on February 21, 2019
To plant a tree in memory of Clyde D. Reid, please visit Tribute Store.

Plant a tree in memory
of Clyde

A place to share condolences and memories.
The guestbook expires on May 21, 2019.

Restore the guestbook to view the 1 more posts by family and friends, and share a memory or message of condolence of your own.