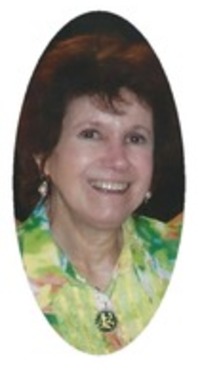 Back to Joan's story

Plaistow - Joan Barbara (Ciampi) Bartlett (affectionately known as Joanie and Dear Heart) of Fort Lauderdale, Fla., formerly Naples, Fla., and Plaistow, N.H., passed away at the age of 85 in her home on February 8, 2020, after a long and courageous battle with a rare disease called Systemic Scleroderma. Before her passing Joanie shared a beautiful smile, a thank you, and said goodbye to her family and close friends.
Born April 9, 1934, in Lawrence, Mass., Joan was the daughter of the late Dominic Anthony and Alfia Rita (Ferlito) Ciampi. Joan was educated in Catholic schools in Lawrence and graduated from Haverhill High School. Joan was proud that she skipped two grades in school due to her academic excellence. Joan was on the executive committee during high school and throughout her life thereby organizing her high school reunions up until her 55th high school reunion. Joan was predeceased by her loving and devoted husband, William Austin, known as Bill and Pop, who passed in February, 2009. Bill was her high school sweetheart. They enjoyed a loving marriage of 55 years and raised three children in Plaistow, N.H. Family came first for Joanie and Bill, and Joanie loved to make all occasions special by celebrating with a party.
Joan is survived by the lights of her life, her three children and their families, including her daughter Jane and her husband David Brown of Atkinson, N.H., and Bonita Springs, Fla., William B. and his wife Rella of Plaistow, N.H., and Stephen and his husband Woody Hinton of Fort Lauderdale, Fla.; her grandchildren, William, Tiffany, Austin and Anthony; and her great-grandchildren, Kinsley and Kendal. She is also survived by several nieces, nephews, cousins, great-nieces and -nephews, lifelong high school friends, and Auggie.
Joan who always had a passion for law returned to college while Stephen was in high school earning her college degree focused on law. Utilizing her education as a paralegal Joan developed a very successful real estate title examination practice, which she worked at until her retirement in 1995. Even in retirement Joan continued with a zest for learning and was an avid reader.
Joan celebrated her Catholicism by generously giving to numerous charities and has requested that her children continue to make regular donations to her favorite charities on her behalf. Joan was always physically fit and active. She loved ballroom dancing with Bill and their friends. She felt fortunate to spend her later years with Bill in Bonita Springs during the winter months while continuing to enjoy their estate in N.H. every summer. With the passing of her husband Bill, Joan moved to Naples full-time where she enjoyed a condo overlooking the Gulf Coast. While there she continued taking ballroom dance lessons and organized all the dancing events in her community at Arbor Trace. Joanie had a passion for food, especially loved eating desserts, and taught her children "eat dessert first," which was her reminder that life is short so be certain to enjoy it.
Lastly Joan moved to Fort Lauderdale to be near her son Stephen and his family. Joan cherished her time with her grandsons and their dog Auggie.
Joan was kind, compassionate, generous, and loved by all who knew her. A loved one described Joan as "emulating elegance inside and out and the way she spoke and interacted with others made everyone feel they were special." Her passing leaves an empty place in her family's heart.
Joan fought a relatively silent 20-year battle with Systemic Scleroderma which finally won. Until her last days people did not know the degree of her struggles with this disease as she was always gracious and kind and had an infectious smile. One of Joan's last requests is that everyone learn about Scleroderma.
Following Joan's wishes her children are committed to educating people on this rare disease and helping to find a cure. In lieu of flowers, Joan would like donations made to the Scleroderma Foundation at www.scleroderma.org. Joan's family would like to thank the staff at Marrinson's Independence Hall, Independent Living Residences of Fort Lauderdale, Fla., for their love and compassion. Knowing that their mother was in a safe and caring environment at the end of her life provided a sense of security for her children.
Published on February 20, 2020
To plant a tree in memory of Joan B. Bartlett, please visit Tribute Store.

Plant a tree in memory
of Joan

A place to share condolences and memories.
The guestbook expires on May 19, 2020. 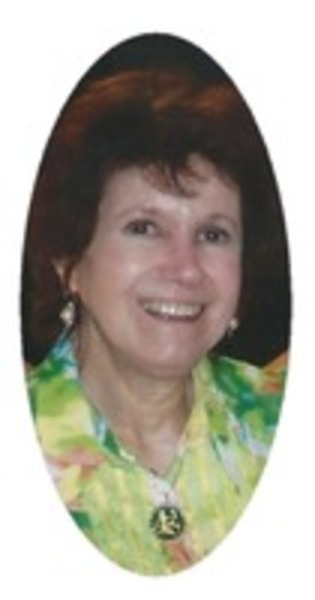