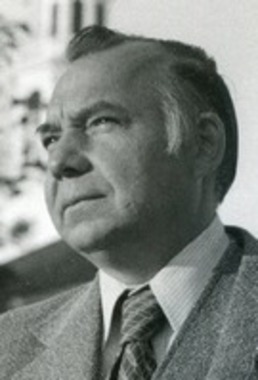 Back to Nicholas's story

Plaistow, NH - Nicholas Albert Pichowicz, Sr., 87, of Plaistow New Hampshire passed away on November 24, 2019 surrounded by his loving family.
He was born in Billerica, MA, on January 9, 1931. He received an Honorable Discharge from the National Guard of Massachusetts.
Mr. Pichowicz was a successful businessman; owner of the Shawsheen Door & Window Company in Billerica MA, and owner of Little River Mill Work located in Plaistow NH. He was on the Board of Directors at Plaistow Bank & Trust, Plaistow, NH for 25 years. He was a part time Police Officer in Plaistow, as well as a Deputy Sheriff in Rockingham County. He was a pilot and owner of a 4 passenger Stinson airplane which he loved flying. His interests included woodworking, gold panning, collecting antiques, traveling in his motorhome and spending time at home sharing stories with his extended family. He loved cooking and is known for making the best homemade spaghetti sauce in the world which was always shared at the family gatherings.
His survivors his wife Joan of 62 years and their 5 children, Irene Ray and her husband David of Plaistow NH, Theresa Chase and husband Arthur of Plaistow NH, Darlene Lynch and husband Michael of Plaistow NH, Paula Peltonovich and husband Gary of Newton NH, Nicholas Pichowicz Jr. and wife Angela of Plaistow, NH, grandchildren; William Boucher, Angela Kinson, Tiffany Boucher, Gary Peltonovich II, Michael Lynch II, Jessica Peltonovich, Matthew Lynch, Katee Lynch, Amber Pichowicz and Sara Pichowicz, great-grand children; Cameron Allen Dow & Kayla Ray Kinson. Mr. Pichowicz was also the grandfather of the late Jaimee Lynch.
He was beloved by many and will be deeply missed by his family and loved ones.

A Celebration of Life will be announced in the near future. Arrangements are by the H.L. Farmer & Sons Funeral Homes, Haverhill & Bradford. To share a memory or for more information please visit www.farmerfuneralhomes.com.
Published on December 5, 2019
To plant a tree in memory of Nicholas A. Pichowicz, please visit Tribute Store.

Plant a tree in memory
of Nicholas

A place to share condolences and memories.
The guestbook expires on May 23, 2020.

Eddie Mack
Dear Nick and family,
I was saddened to hear of the passing of your Dad. You will be in my thoughts and prayers.
View all