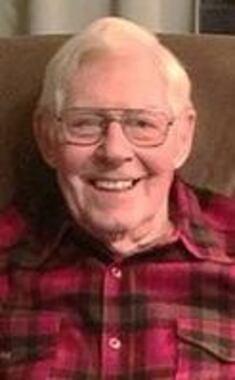 Back to William's story

Newton, NH - William Livingston Hart - The man. The myth. The legend.
William Livingston Hart, age 91, of Newton, NH, formerly of Amesbury, Mass., passed peacefully at his home, early Wednesday morning, January 15, 2020, surrounded by the love and support of his devoted family. He was the loving husband of Shirley (Jones) Hart, with whom he shared 64 years of marriage.
Born in Amesbury, April 7, 1928, he was the son of the late David and Gladys (Ramsden) Hart. He was a graduate of Amesbury High School and went on to receive an Associate degree from the University of New Hampshire.
Bill worked for the Granite State Electric Company for 43 years, retiring in 1988. He and his wife Shirley traveled by camper for months at a time for 15 years in their retirement.
Bill was a Brother at the Charles C. Dame Masonic Lodge in Georgetown and a member of the Supreme Council of the Scottish Rite. Bill served in the US Navy and Naval Reserves for 23 years and achieved the rank of Chief Warrant Officer 5.
What an incredibly great man....
He was given the gift of life, and now must give it back. This is hard, as he wasn't done with the dozens of projects he had going on. But he would agree he was a lucky man, who led a wonderful existence, and for which he was grateful. He always greeted anyone with a charismatic and vivacious smile. He had a heart of gold, was the smartest man in the world, could fix anything and always lived by "one man's trash is another man's treasure".
He loved and had an extreme passion for building, tinkering and fixing things in his garage. The friends and acquaintances that he acquired throughout his life he cherished. Because of this, if you needed some part, something fixed, he had the obscure part in the warehouse and could fix anything. Always available to lend a hand, a story or support. The stories, wisdom and thoughts he shared, were enjoyed by all.
His life's legacy will continue to live in the hearts of everyone who knew and loved him.
In addition to his wife, Shirley, he is survived by two sons, Kevin W. and Keith W. Hart; three daughters, Valerie A. Hart, Christine J. Erna and husband Jon and Tracey L. Hart; two grandchildren, Keith W. Hart and Whitney A. Liechti and husband Steve; two great-grandsons, Cole and Theo Liechti, along with several generations of nieces and nephews, extended family and dear friends. He was predeceased by his five siblings.
Visiting hours will be held Sunday, January 19, 2020 from 3 to 6 p.m. at the Highland Chapel of Paul C. Rogers Family Funeral Home, 2 Hillside Avenue, Amesbury, followed by Masonic Services conducted by the Charles C. Dame Masonic Lodge of Georgetown. Burial at the Highland Cemetery in Newton, NH will be private for the family. In lieu of flowers, donations can be made to Shriners Hospitals for Children in his memory. https://www.shrinershospitalsforchildren.org/shc/donate.
Published on January 30, 2020
To plant a tree in memory of William Livingston Hart, please visit Tribute Store.

Plant a tree in memory
of William

A place to share condolences and memories.
The guestbook expires on July 15, 2020.

Shirley and family we are very sorry to hear of the passing of Bill (Mr. Hart) We enjoyed all the conversations each of us had shared with him over the years. He was very kind to each of us and have and will miss the big smiling waves from the mailbox and driveway. You are in our thoughts and hearts.

Sid and Bonnie Wilcox
Please know you are in our thoughts and prayers, and hearts, please accept our sympathy, a truly great man.
Daniel E Musso sr.
Bill was a wonderful man, Kind and full of wisdom he will be missed.
God bless you all his family when the dust settle may their be peace he is not gone he is in all of our hearts those of us that was part of his human life . P/S If you couldn't fix it Bill shore could . 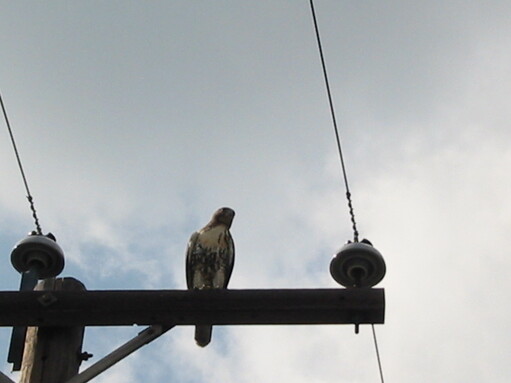 Spencer Kimball
I can still hear Bill telling me "hats off in the house".
View all